Furthermore, the last five vehicles were equipped with a Powerflow gearbox and the 77 mm tank gun of the Comet, and were designated A41S. The Centurion II had a cast turret, additional armour and other minor changes.

The first six Centurion Is were shipped to Germany, but arrived too late to see any action. 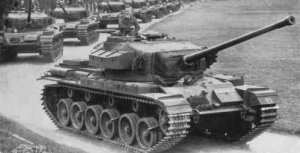 Right side of a Cruiser Tank "Centurion II" 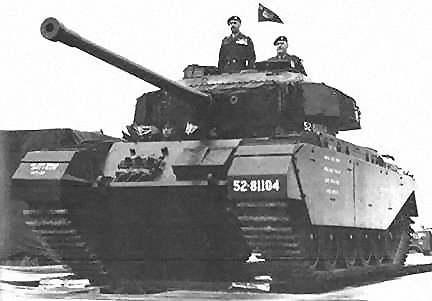 Front and left view of a Centurion II