To allow infantry to accompany tanks deep behind enemy lines, Germany realised the necessity of mechanized infantry before the war. While commercial and military trucks were readily available, they were not able to follow tanks cross-country. As fully-tracked armored personnel carriers were beyond Germany's industrial capacity, the half-track was chosen as a compromise.

Production started in 1939. Throughout the war, the basic design was improved. In addition, 23 different variants were designed, to fill a large number of support roles:

A total of about 15 250 Sd Kfz 251's were built, and they served on all fronts throughout the war. After the war, Czechoslovakia built a copy, the OT-810. 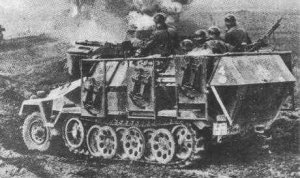 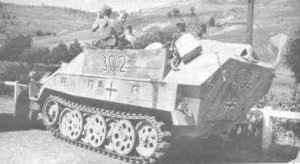 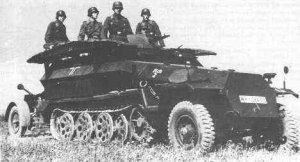