Kangaroo was a joint description used for Canadian and later British armoured fighting vehicles, which were converted into armoured personnel carriers by removing the main armament.

The Ram Kangaroo was based on the Cruiser Tank Ram, which had its turret removed. Another version was the Priest Kangaroo, based on the 105 mm Howitzer Motor Carriage, M7.

Ram Kangaroo driving through a village 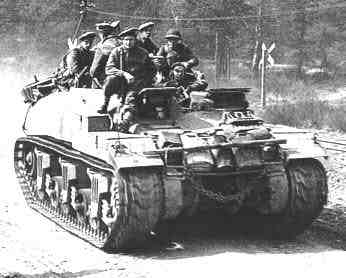